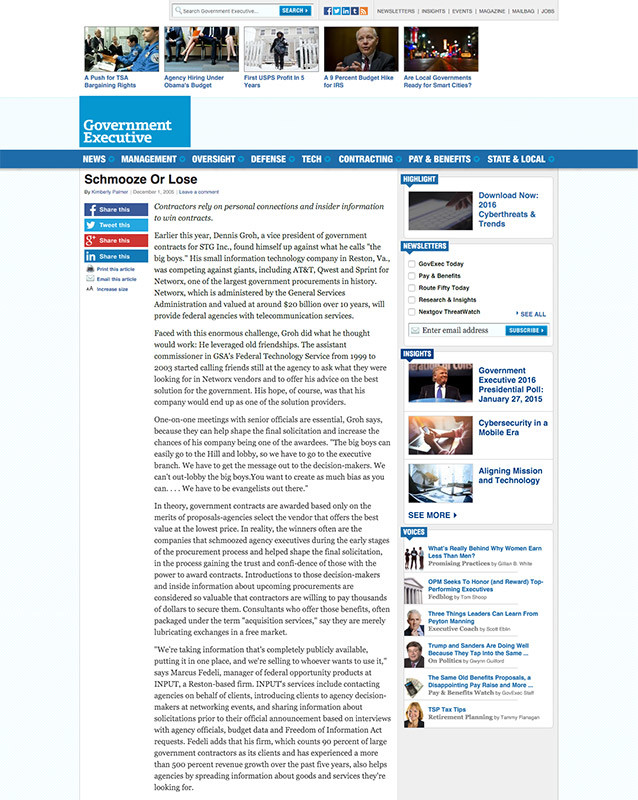 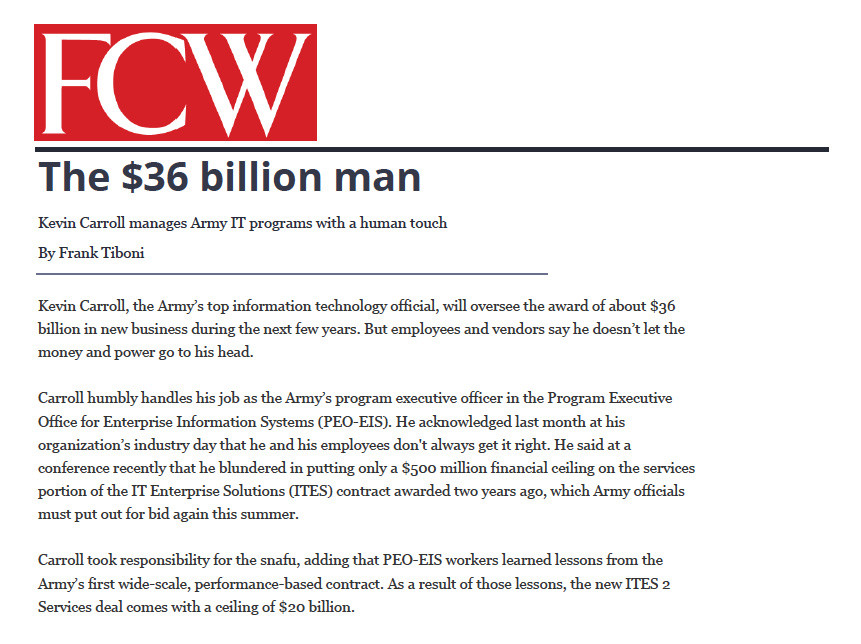 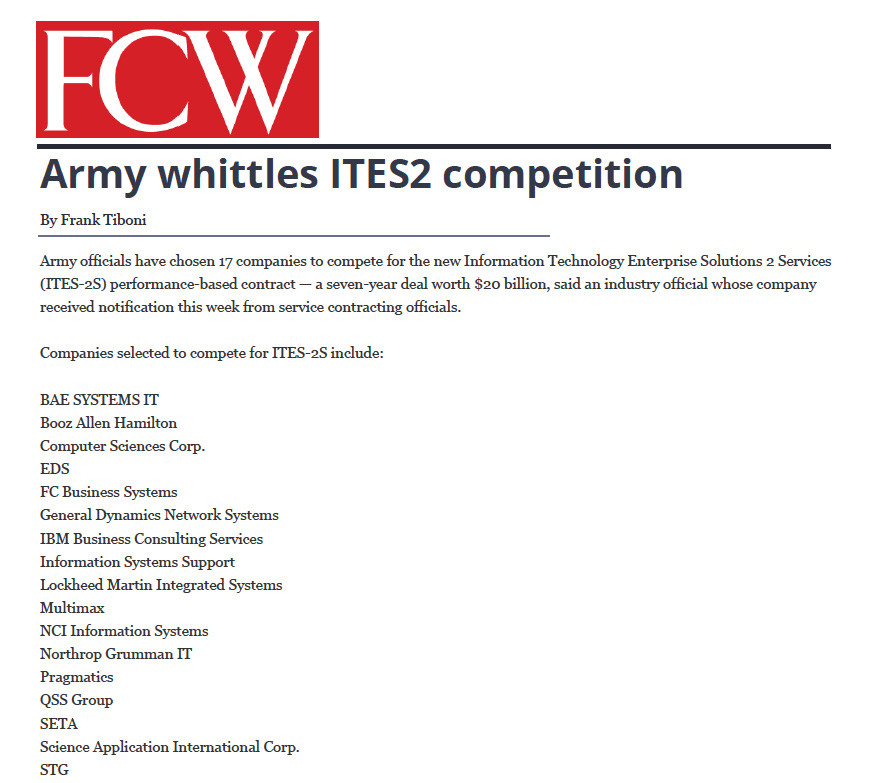 To get to the next level as a Mid-tier government contractor, STG knew it needed to set its targets on major government and military opportunities that had, in total, values of almost $30 billion. At the same time, STG realized it needed to complement its in-house marketing and business development with proactive, daring and targeted public relations to help them achieve their goals. To do so, it needed the top federal marketing PR firm who understood the market and its challenges. This is where B2G marketing expert, Boscobel, enters the picture.

Our solutions included the following:

Within the first year of the campaign, STG was mentioned more times than its top three competitors and had more than twice as many quotes as all of its competitors combined.

You (Boscobel) serve as our greatest external champion and advocate, resulting in headline coverage and market domination of a most critical Defense opportunity.