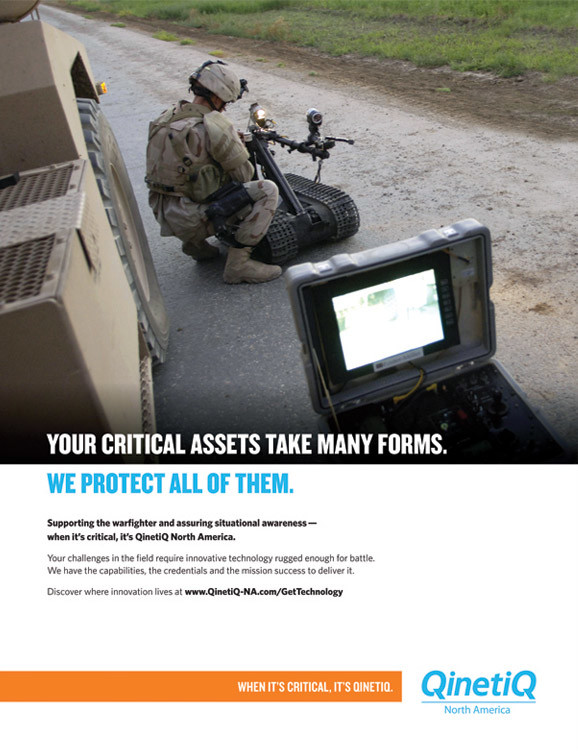 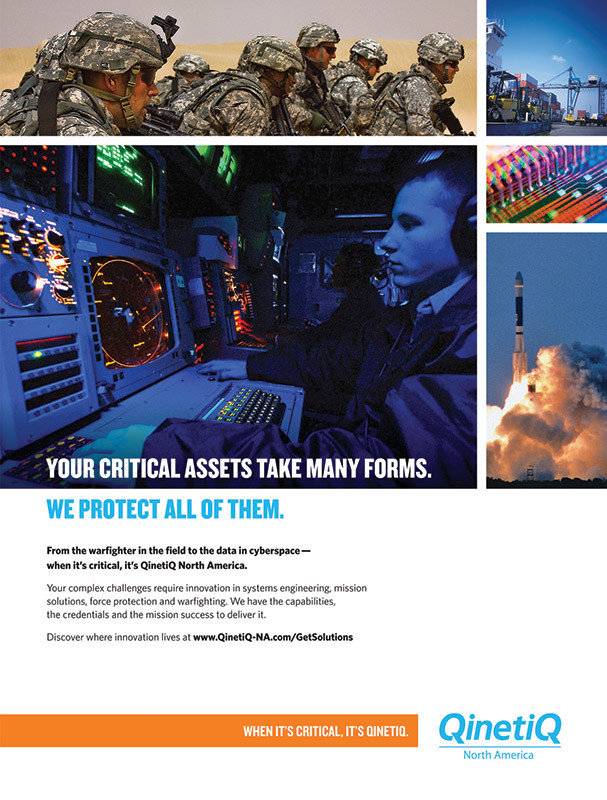 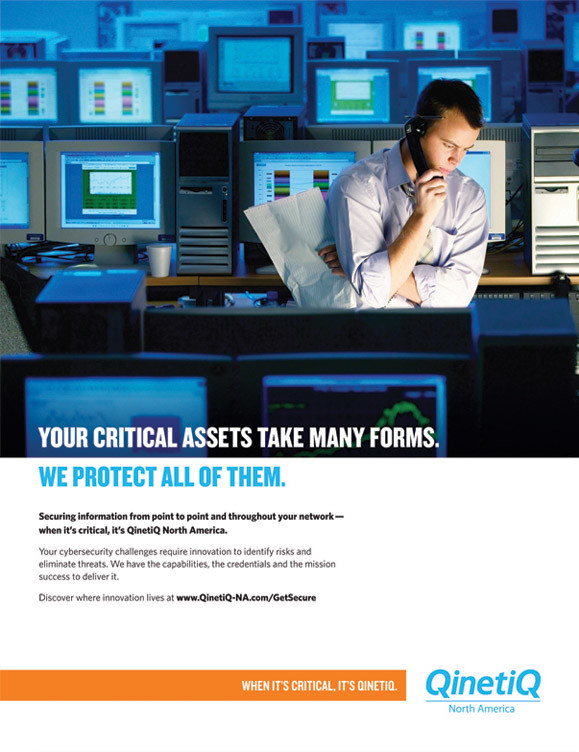 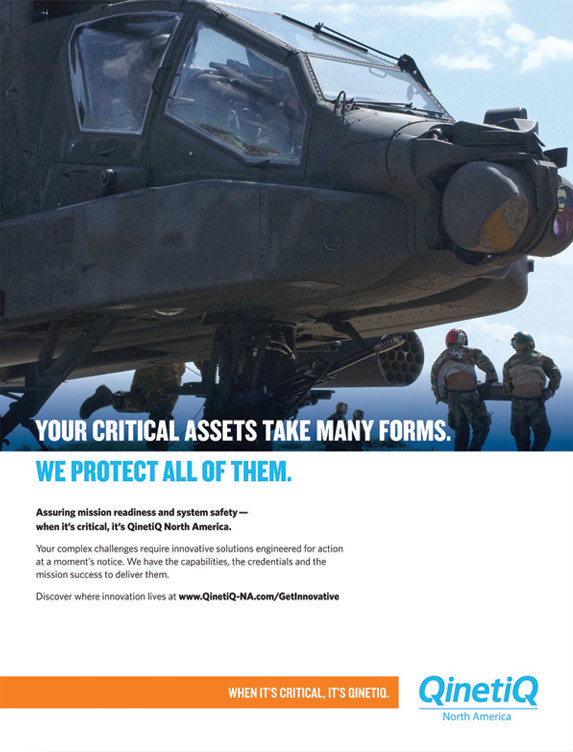 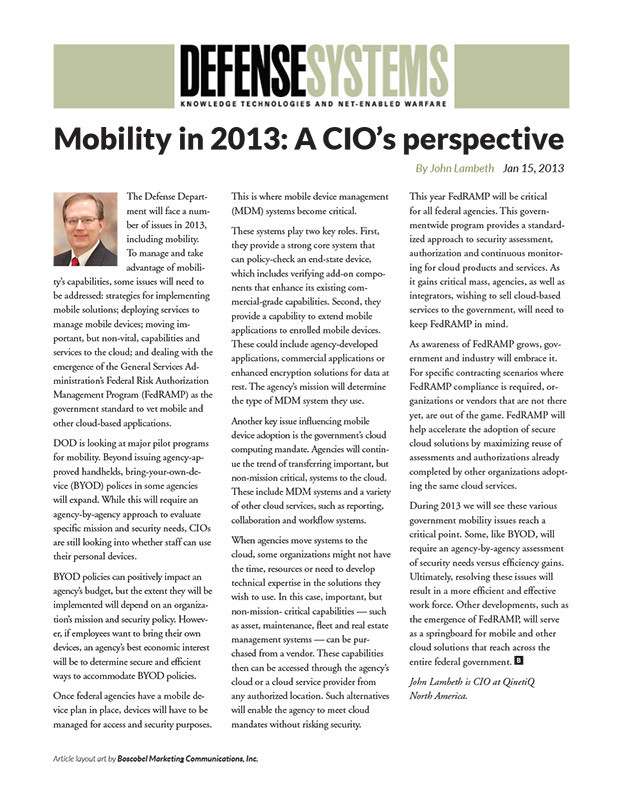 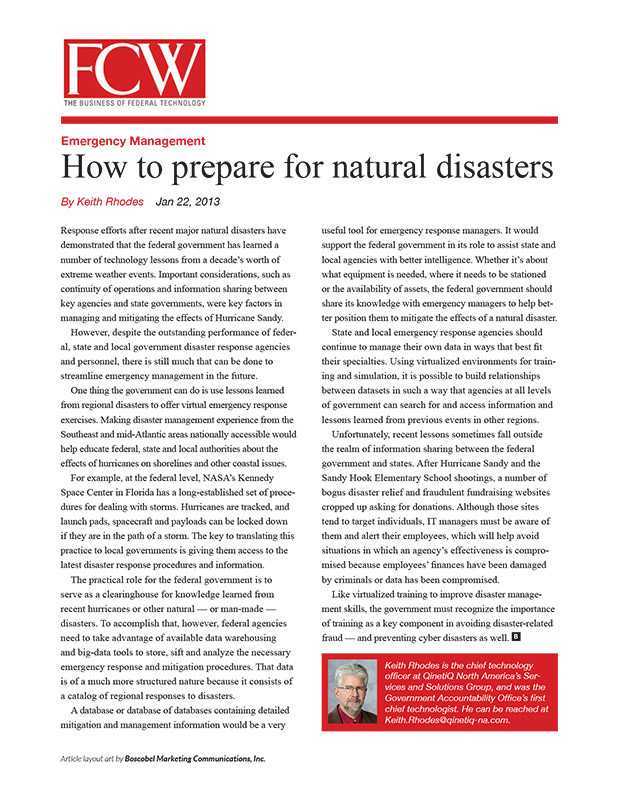 QinetiQ North America was the perfect marriage of established industry leaders Foster-Miller and Westar and 10 other Mid-tier government contractors. Over two years, the company pursued an aggressive acquisition strategy to grow into a billion-dollar company with more than 6,000 employees — yet, no one knew who they were. Its customers knew the names of its legacy companies, but QinetiQ North America, had no brand or identity in the federal market.

Boscobel simultaneously launched a radio campaign on WTOP. Flights were selected based on heavy drive times and timed around key federal shows.

MSG’s services focused on IT engineering solutions providing command and control, communications, computers, intelligence, surveillance, reconnaissance, and mission support solutions for the DOD, the intelligence community and NASA. Boscobel has helped position MSG and its SME as authorities on cybersecurity, cloud computing and service-oriented architecture.

Boscobel also provided a pre-RFP program for the Alliant contract, which QinetiQ North America won. TSG’s core capabilities were on DOD and security-related products such as the TALON family of robots—a product line of remotely operated robots used by the U.S. military.

Since QNA was very familiar (and happy) with our PR and thought leadership capabilities, they expanded our Scope of Work to include additional services such as sales collateral as well as recruitment and branding campaigns. In less than one month, Boscobel updated and designed 22 sales fact sheets for their robotics and engineering business unit. Then Boscobel produced a recruitment package to help attract talented, qualified employees for major government contracts.

With focused press opportunities and proactive pitches, this client achieved more than five times the press quotes than their closest competitor, which was nearly three times its size. From byline articles to story sources, this client was featured in 23 stories in a single year—almost two stories a month.

With Boscobel’s PR program and media relationships, we achieved more than five times the press quotes of our closest competitor, which was nearly three times our size. From byline articles to story sources, our executives were featured in 23 stories in a single year – almost two stories a month. I highly recommend Boscobel. They are dedicated, highly responsive, honest and a joy to work with.