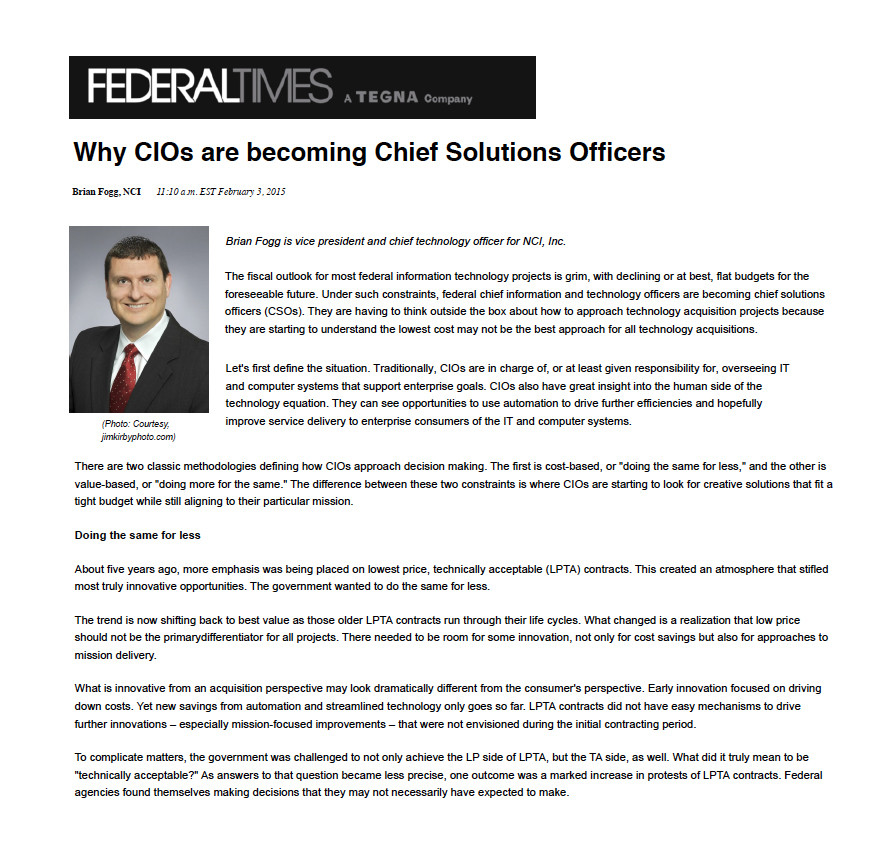 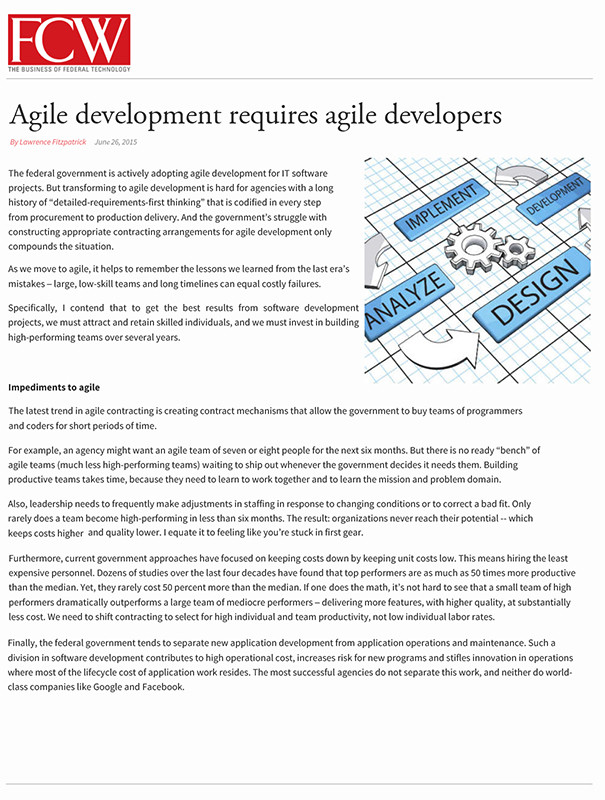 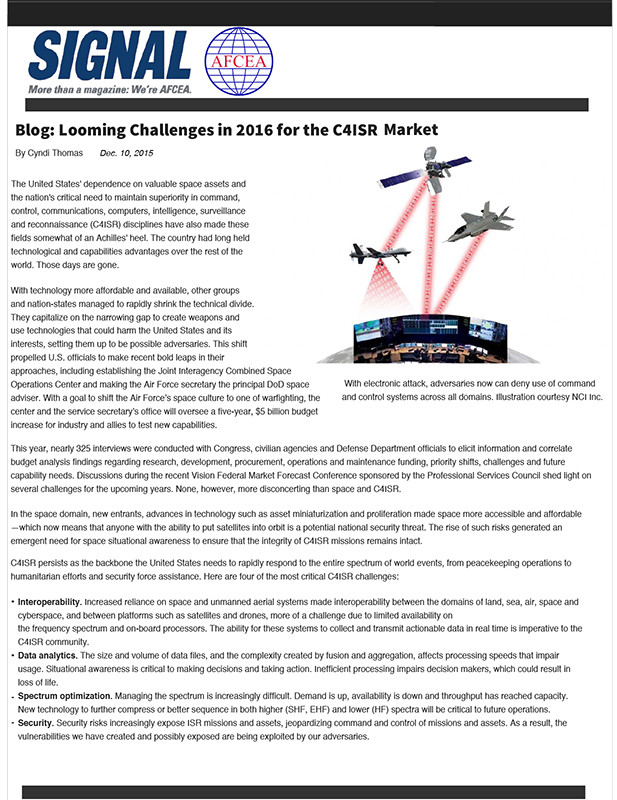 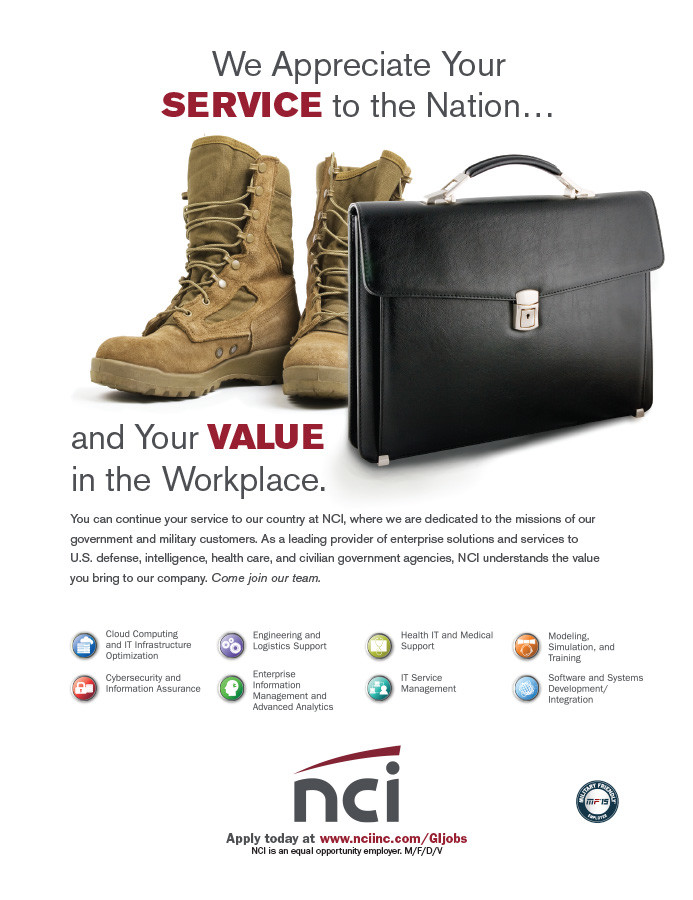 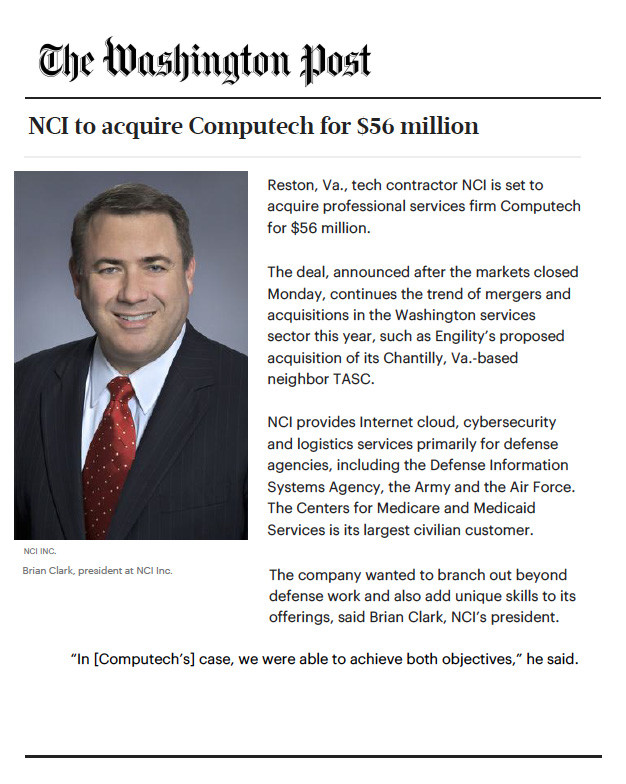 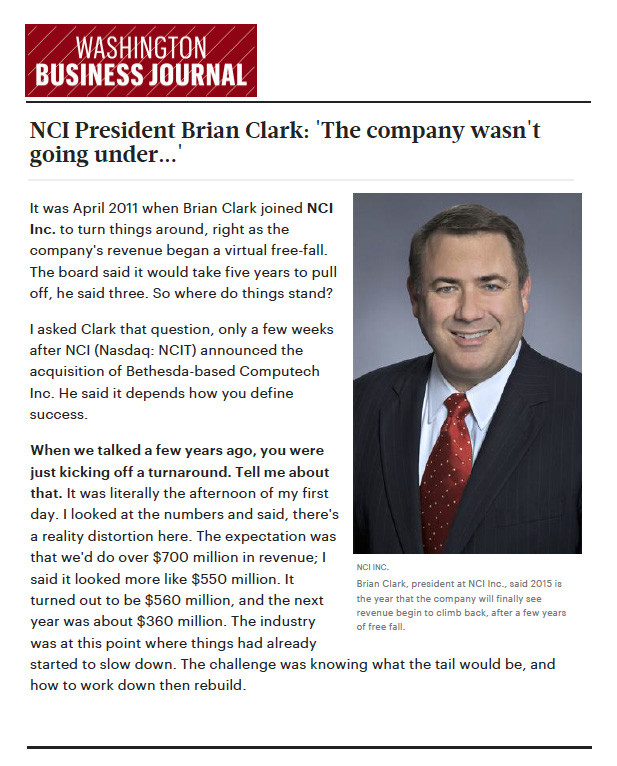 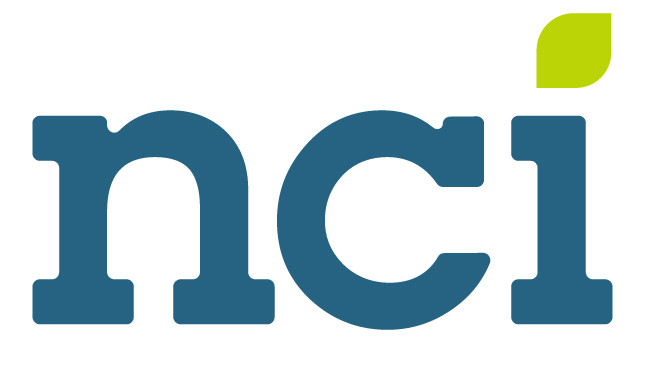 Boscobel has a penchant for quickly assessing a company’s needs from a strategic branding and public relations perspective, and turning around results! They helped us establish a public voice that conveys our capabilities as a thought leader in the industry, increasing our industry mentions and placements five-fold. In addition, the Boscobel team of experts are thorough and highly responsive and a pleasure to work with in every regard.

First, Boscobel conducted an internal survey of management to learn what they viewed to be the strengths and opportunities for NCI. We then conducted an external survey of NCI customers to obtain their input on NCI’s differentiators and brand perceptions. Results showed that NCI’s perceived strength was its excellent customer service.

Boscobel rolled out a PR program in the federal market. To establish NCI as the “partner of choice” for government customers and systems integrators, Boscobel established NCI as a trusted source for Federal Computer Week, Washington Technology, and other key federal trades. By peppering the press with contract and executive announcements, and offers to give the company’s opinion in round-up features, Boscobel positioned NCI as a reliable source for stories that focused on federal technology trends.

Our Pre-RFP solutions included the following:

We developed a potent and aggressive integrated PR campaign, which officials from the Army later acknowledged as “influencing” during the solicitation’s blackout period. Specific materials were also developed in anticipation of the contract award so NCI could be the first company available to comment on the new award.

NCI, Inc. was named one of the five contract awardees on ITES FA-2 – beating out such “big boys” as General Dynamics, SAIC and CSC. This was the single largest win in NCI’s history, as well as their first IDIQ.

Without a doubt, Boscobel was able to create discriminating marketing communications and PR campaigns that were significant to attaining these contact awards. Boscobel helped us establish and employ a new and innovative pre-RFP market strategy that since has been emulated by other firms—perhaps the most professional compliment one can receive in any industry.