“The abuse of OTAs is going to lead to an event where Congress is going to do what it normally does and take them away from us,” warns David Drabkin, Section 809 Panel Chairman at an Oct. 3 conference on government contracting. 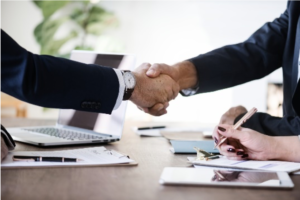 Other Transaction Authority, or OTA, spending by the Department of Defense has escalated since Congress granted broader authority to use such agreements to carry out certain prototype, research and production projects. Bloomberg Government recently projected that DoD’s fast-track OTA spending is on pace to top $7 billion in fiscal year 2019, a 75 percent increase over the $4 billion in obligations in fiscal 2018.

While Congress has largely supported DoD’s expanded use of OTAs, lawmakers are also wary of the potential for misuse. Mr. Drabkin suggested that DoD program offices may be using OTAs primarily to sidestep the Federal Acquisition Regulation (FAR). The Section 809 Panel’s final report endorsed the expanded use of other transactions for production, while also warning “the real challenge” lies in implementation of such agreements.

Read the full article by Justin Doubleday at Inside Defense here: https://insidedefense.com/daily-news/section-809-panel-chair-warns-against-abuse-other-transaction-agreements